Hang Low is a level in the video game World of Goo. It is the third level of Chapter 1. In this level, White Goo is introduced. The player must wake some sleeping White Goo, then use them to build a tower to the exit pipe. Completing this level unlocks the World of Goo Corporation. 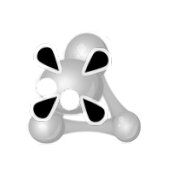 Instead of building up, well, hang low. This will wake up the sleeping White Goo at the bottom. After, build up to the pipe.