Ode to the Bridge Builder

Ode to the Bridge Builder is a level in the video game World of Goo. It is the eleventh level of Chapter 1. In this level, Black Goo must be used to build a bridge across a gap. This level is similar to Small Divide, but the gap is larger, more Goos are available, and more Goos must be collected to complete the level and to gain OCD.

Notably, this level is also the first appearance of the character MOM. MOM can be seen in the background of the level. If you click on her, she will introduce herself and talk a bit. 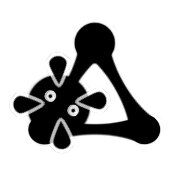 Be sure to build a good foothold and always add support when needed. This is definitely a large gap, but as long as you are always making sure to add support when the bridge seems weak, you should be good until the end.

Another one of the harder OCDs, this can be done with a really big foothold, building fast, and needing to add support as little as possible. Alternatively, build upwards as fast as possible with a thin structure and make it fall right. You can use Goo throwing or add weight to one side if it appears to be falling. Always throw Goo at the sleeping Goo at the end if it doesn't already wake up while you're building towards the pipe. You'll have to make it to the pipe building with only 26 Balls for it to work.