World of Goo Wiki
Register
Don't have an account?
Sign In
Advertisement
in: World of Goo, Music 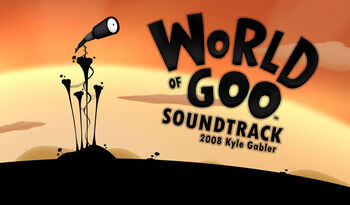 Below is the track listing along with the original notes from Kyle Gabler. Note that for most tracks, only a small portion is used in-game and the whole track is thus only possible to listen in the soundtrack.